Before this, the main site traffic income was from the search network-from an organic search of 59%, and the traffic from the contextual advertisement was about 13%.

The ads showing time - 24 hours a day, until the daily budget is exhausted.

Setting up and maintaining contextual advertising was done in strict accordance with the seasonality of the items in each category on the online store site.

For example, goods such as the seeds of flowers and vegetables were commercially good to be advertised in the middle of November and during winter, while tree seedlings and colour bulbs were advertised beginning with February.

These actions significantly saved the advertising budget and increased its efficiency.

The Google Analytics graph shows a steady increase of income from October 2016 to the end of February 2017.

The cost here is only data from Google AdWords. Including advertising expenses of Yandex Direct, the total sum increases by 25%. 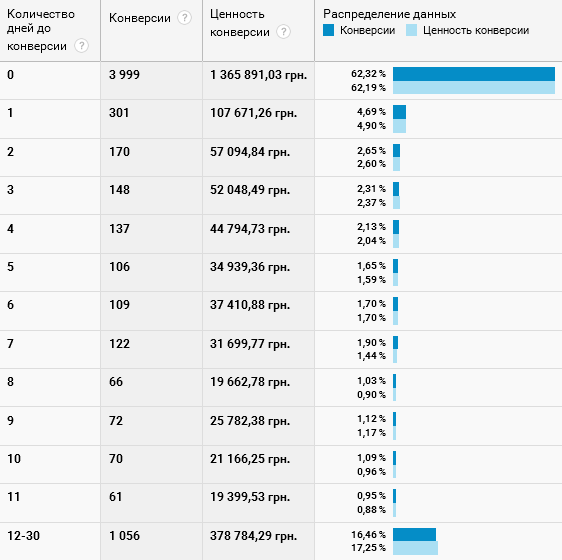 A number of days from last session to purchase:

As you can see, the largest number of conversions occurred on the first day of the site-that is, the first time you visit the site.

Remarketing of Google and Yandex retargeting worked further - ads caught visitors to the online store on other sites in the context-media Google network and the advertising network of Yandex.

The largest number of transactions were from ads in Google and Yandex search engines on search queries that contained the site name or business name.

Remarketing and search campaigns with common requests for seedlings, bulbs and seeds.

In remarketing campaign we used banners with high-quality product images, a call to action, a banner for information about special shares of the online store. As a result, ads CTR amounted to 1.3%.

CMN campaign had the third place of efficiency, where similar ads were used. Although the campaigns in the CMN are more branded, we have also been able to achieve good conversion rates. The audience with the highest conversion rate (1.42 per cent) was identified as women aged 35-44 years-that's why a list of sites and advertising texts were composed appropriately to target this category of users.

The result of advertising campaigns compared to the previous year's last period: 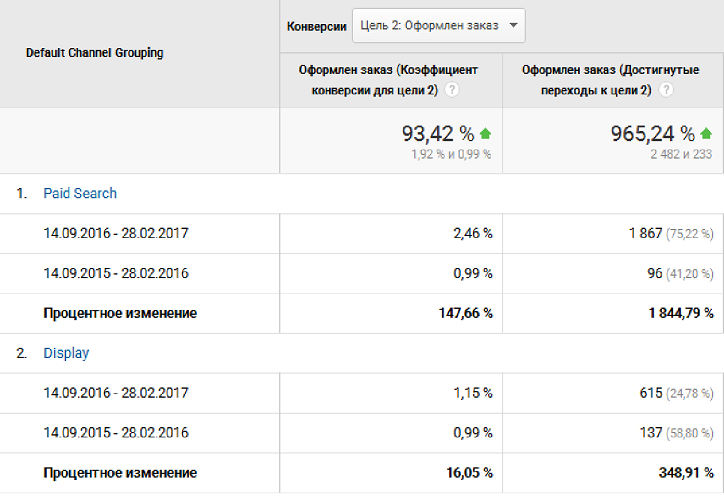 Increase in the rate of conversion of the advertisement in the search network by 147.66%.

The increase in the conversion rate for advertisements in the CMN is 16.05 per cent.

As a result of the advertising campaign, such indicators have been achieved in the period of 6 months:
By Industries
eCommerce,Agro
By Years
2016
The Best
Yes
arrow_back Logo designed for research company Previous project Next project arrow_forward

Are You Ready to Implement Your Next Project?

Tell Us About Your Project

Google AdWords With extensive experience in setting up and running contextual advertising on Google, we focus on maximizing the effectiveness of our advertisements, which provides quality traffic at a reasonable cost. We offer complex solutions for cross-platform advertising using Google Ads tools. Learn more